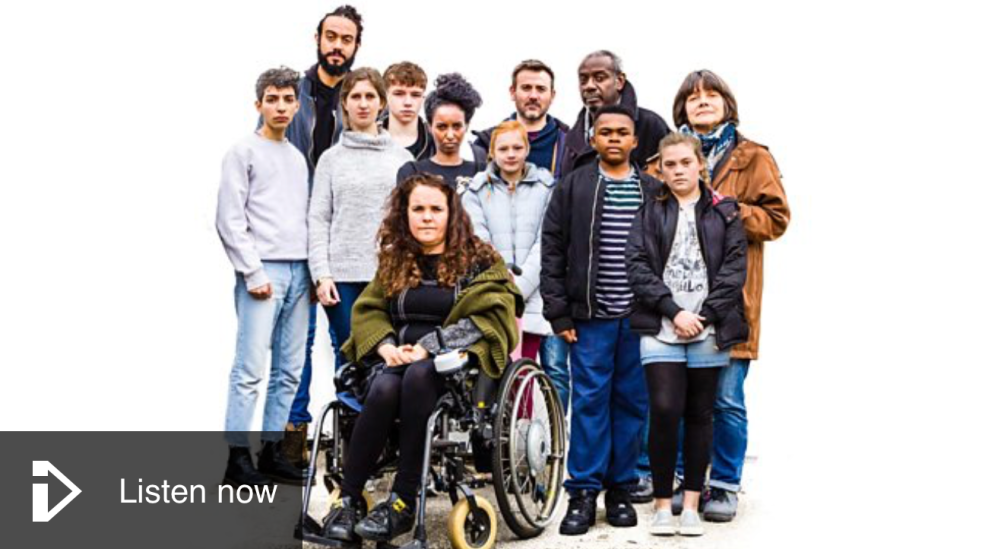 Graeae’s Midwich Cuckoos is a fresh take on a science fiction classic: the English village of the title has a “day out”, following which all the women of child-bearing age mysteriously become pregnant, with the resulting infants developing at an unnatural rate and demonstrating mysterious powers.

She makes me do things.
Do things?
With her eyes.

The script and acting are wonderful, with subtle sound design adding a distinctly sinister atmosphere. Tyrone Huggins who plays Zellerby has a delicious voice, which is perfectly complimented by that of Alexandra Mathie who plays Janet. And if like us you’re a Corrie fan, you may recognise Molly, played by Cherylee Houston.

Graeae is apparently a disabled-led theatre company. On one hand this is a fundamental part of this production and key to its character, but on the other it’s wholly irrelevant: like Radio 4’s recent production of The Chrysalids, Graeae’s Midwich Cuckoos is true to the quality and classic British SF feel of Wyndham’s original novel.

I suppose we have lived so long in a garden that we have all but forgotten the common places of survival. If you want to keep alive in the jungle, you must live as the jungle does.

The script for episode one is available to download here.
You can find my other radio-related posts here.

I’m a writer, editor, and Royal Literary Fund Fellow.
Find out more, tweet me, or email.